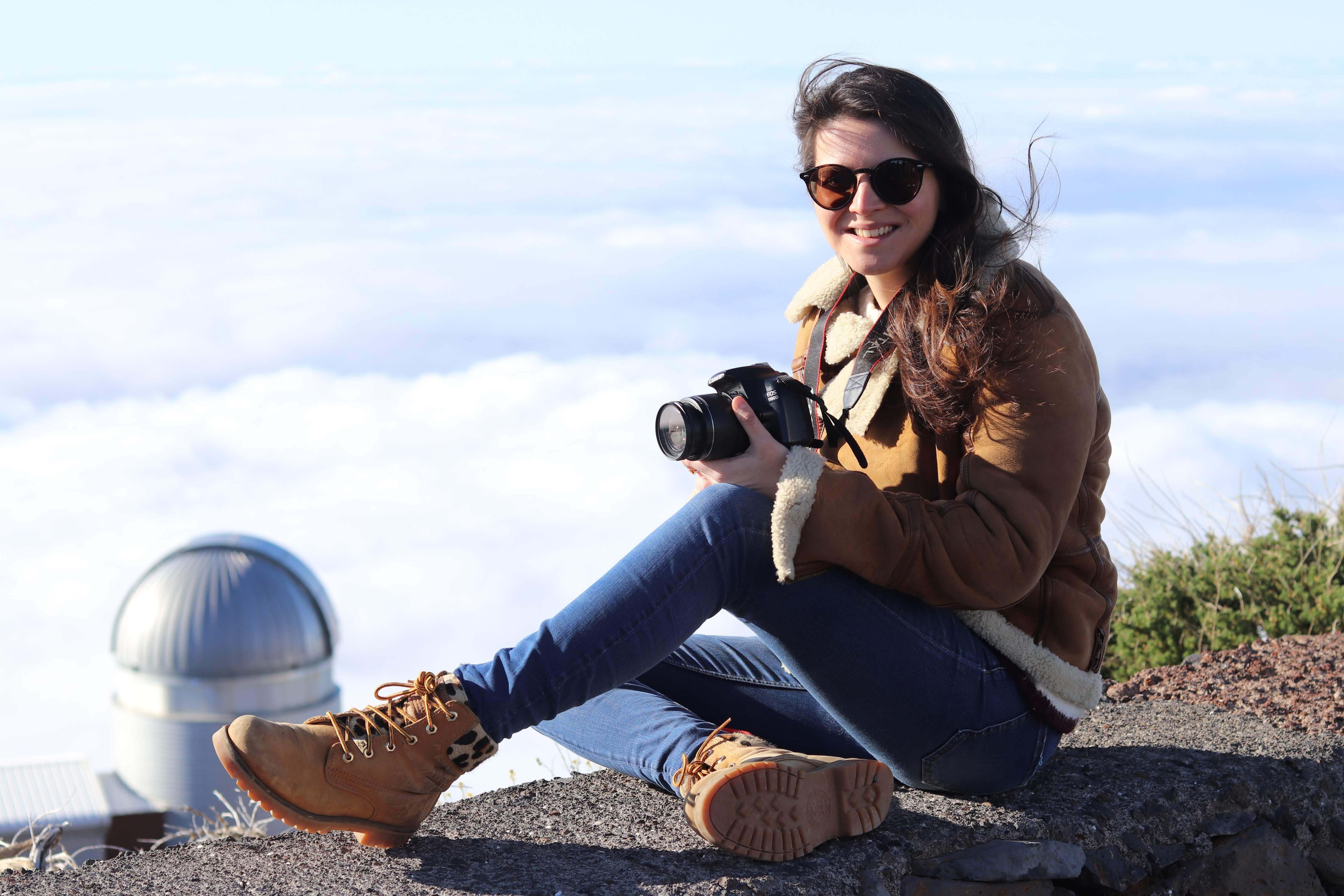 Hello, and thank you for stopping by! My name is Mariona Badenas-Agusti and I am a Ph.D. student in Planetary Science at the Massachusetts Institute of Technology (MIT). At MIT, I work with Prof. Sara Seager and Prof. Julien de Wit on stars and (exo)planets.

A Little About My Interests

Within stellar and planetary science, my primary interests are exoplanets suitable for atmospheric characterization and pulsating stars in eccentric binaries. Please visit the "Research" and "Publications" section of this website if you are interested in learning more about my most recent work.

As an observational astronomer enthusiastic about efficient and powerful code, I greatly enjoy combining real telescope observations with my own programming tools in order to improve our understanding of stars and distant planets. I am a big advocate of open source science, open knowledge, and good data visualization practices. 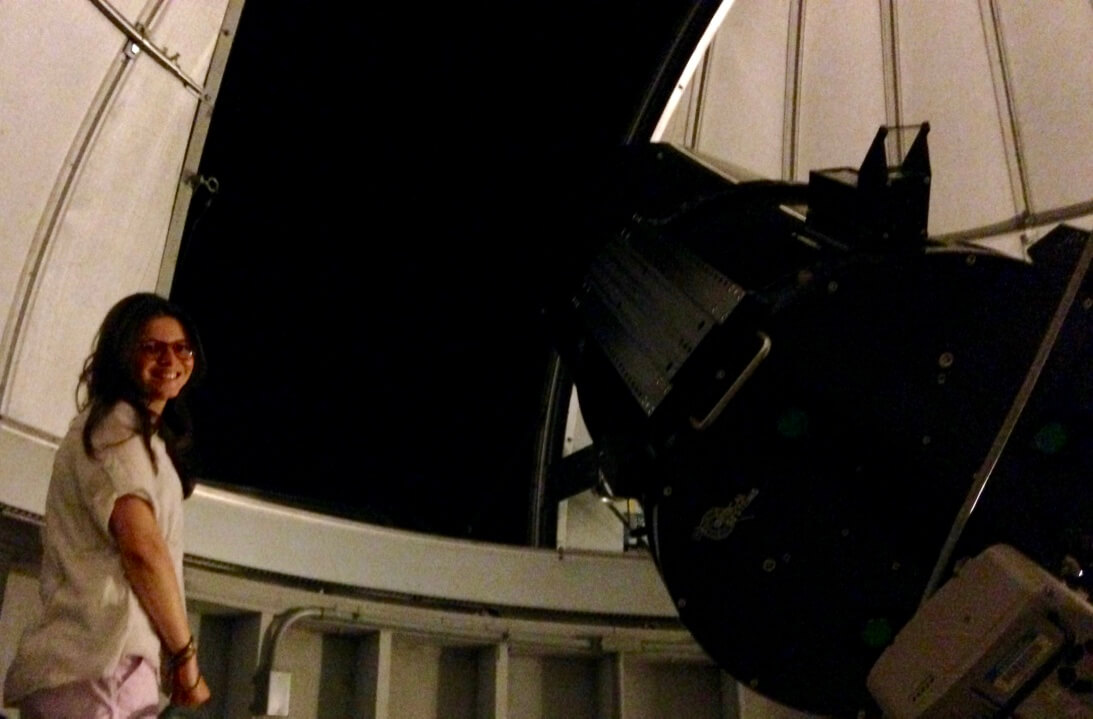 When not looking up at the night sky, I can be found flying small planes, reading about rockets, learning about astrophotography, and cooking. I am also very interested in art history and love finding connections between the realm of science and that of art.

A Little About My Story

I began my Ph.D. in the Fall of 2019 as an MIT Presidential Fellow. Before embarking on this adventure, I pursued my undergraduate studies at Yale University, where I graduated with a B.Sc. in Astrophysics in 2016. For my undergraduate thesis at Yale, advised by Prof. Debra Fischer, I wrote a complete and automated analysis pipeline to characterize planetary systems from NASA's Kepler-2 Mission.

Upon graduation, I joined GTD Systems and Software Engineering as a Space Engineer, where I worked until 2018. In this role, I contributed to the ALTAIR project for the European Commission, aimed at evaluating the feasibility of a reusable, green, lightweight rocket with the capacity to launch small satellites into Low Earth Orbit (400-1000km).

In parallel to my work in the space sector, I decided to delve deeper into astronomy with a M.Sc. in Astrophysics, High Energy Physics, and Cosmology from the Universitat Autònoma de Barcelona and the Institute of Space Studies of Catalonia. For my master’s thesis with Prof. Ignasi Ribas, I wrote a Bayesian routine to predict the orbital period of a transiting planet based on a single transit event, and extract the planetary and stellar properties of each individual transit.

I am equally fascinated by planets and stars, so most of my academic research revolves around high-precision stellar astrophysics and exoplanet science. Through ground- and space-based observations, I seek to answer some of these "big" questions:

Below you will find a summary of some of my current research projects.

HD 191939: A Nearby, Bright Sun-like Star with Three Mini-Neptunes

The published manuscript can be found here. A summary of my work for the Exoplanets III conference (July 2020) is available on this link.

To understand the ubiquity of sub-Neptune-sized planets and their puzzling absence in our Solar System, we need to detect systems composed of Sun-like stars and multiple sub-Neptunes amenable to characterization. For this purpose, the multi-planetary system HD 191939 is a promising target. 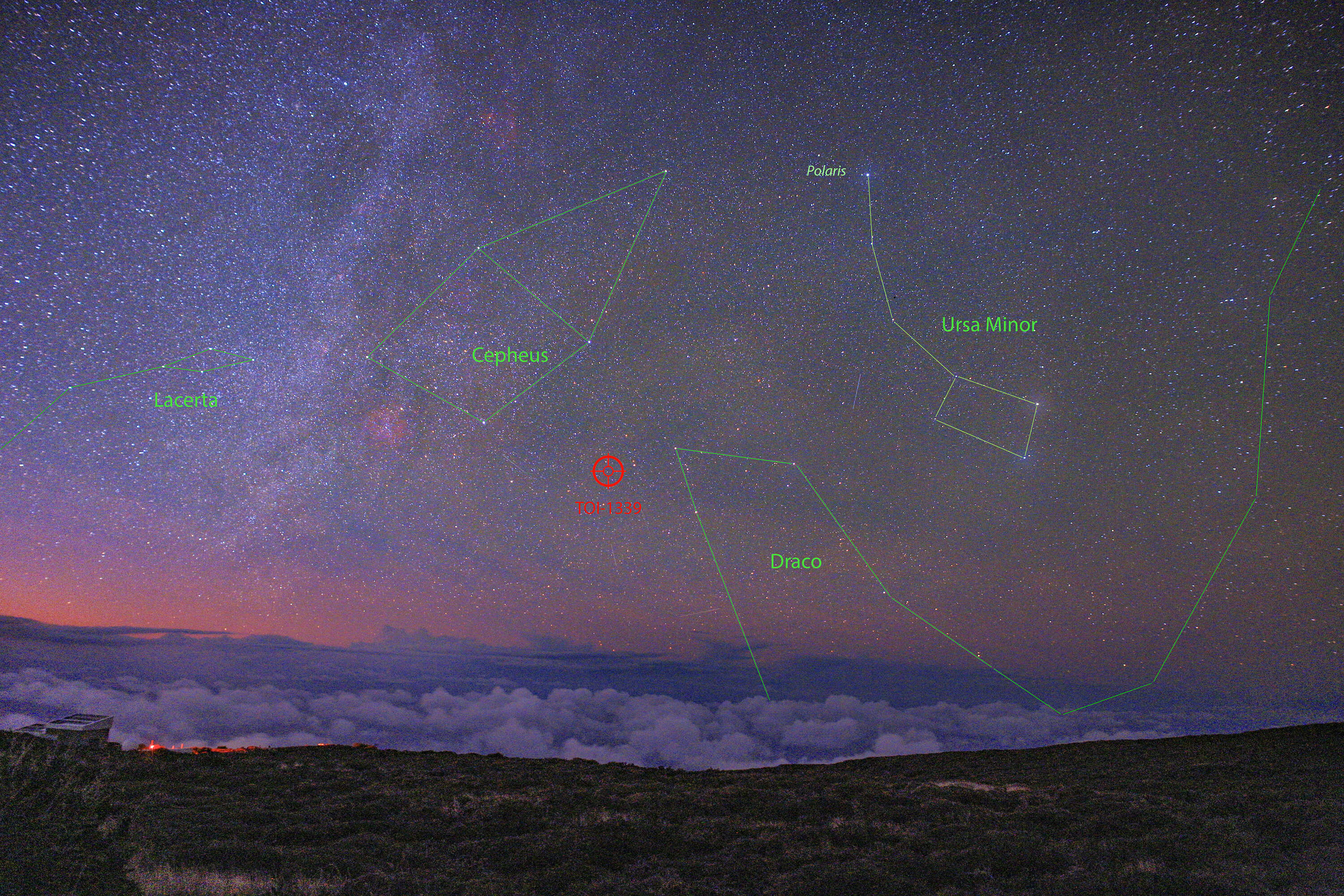 This system is composed of a nearby, bright Sun-like star (HD 191939) and three sub-Neptune-sized planets. To validate the planetary nature of the transit signals, we combined 5 months of TESS data with ground-based photometry, radial velocity, and direct imaging observations. The three sub-Neptunes have similar radii and their orbits are consistent with a stable, circular, and co-planar architecture near mean motion resonances of 1:3 and 3:4.

Looking into the future, the HD 191939 system offers an excellent opportunity to acquire precise mass measurements with high-resolution spectroscopy thanks to the host star's brightness and low chromospheric activity. In addition, the system’s compact and near-resonant nature can provide an independent way to measure planetary masses via transit timing variations while also enabling dynamical and evolutionary studies. Finally, as a promising target for multi-wavelength transmission spectroscopy of all three planets' atmospheres, HD 191939 can offer valuable insight into multiple sub-Neptunes born from a proto-planetary disk that may have resembled that of the early Sun.

Some stars "pulsate:" in other words, their apparent brightness changes periodically over time. This stellar variability can either be intrinsic or extrinsic. The former notably arises when a star expands and contracts due to physical processes in its interior.

In contrast, extrinsic stellar variability is caused by external phenomena to the star. A good example of extrinsic variability occurs in binary systems, where tidal forces cause the primary star to become slightly ellipsoidal near periastron. In combination with other effects, such as reflection and Doppler beaming, this tidal distortion produces changes (or "oscillations") in the brightness of the star. 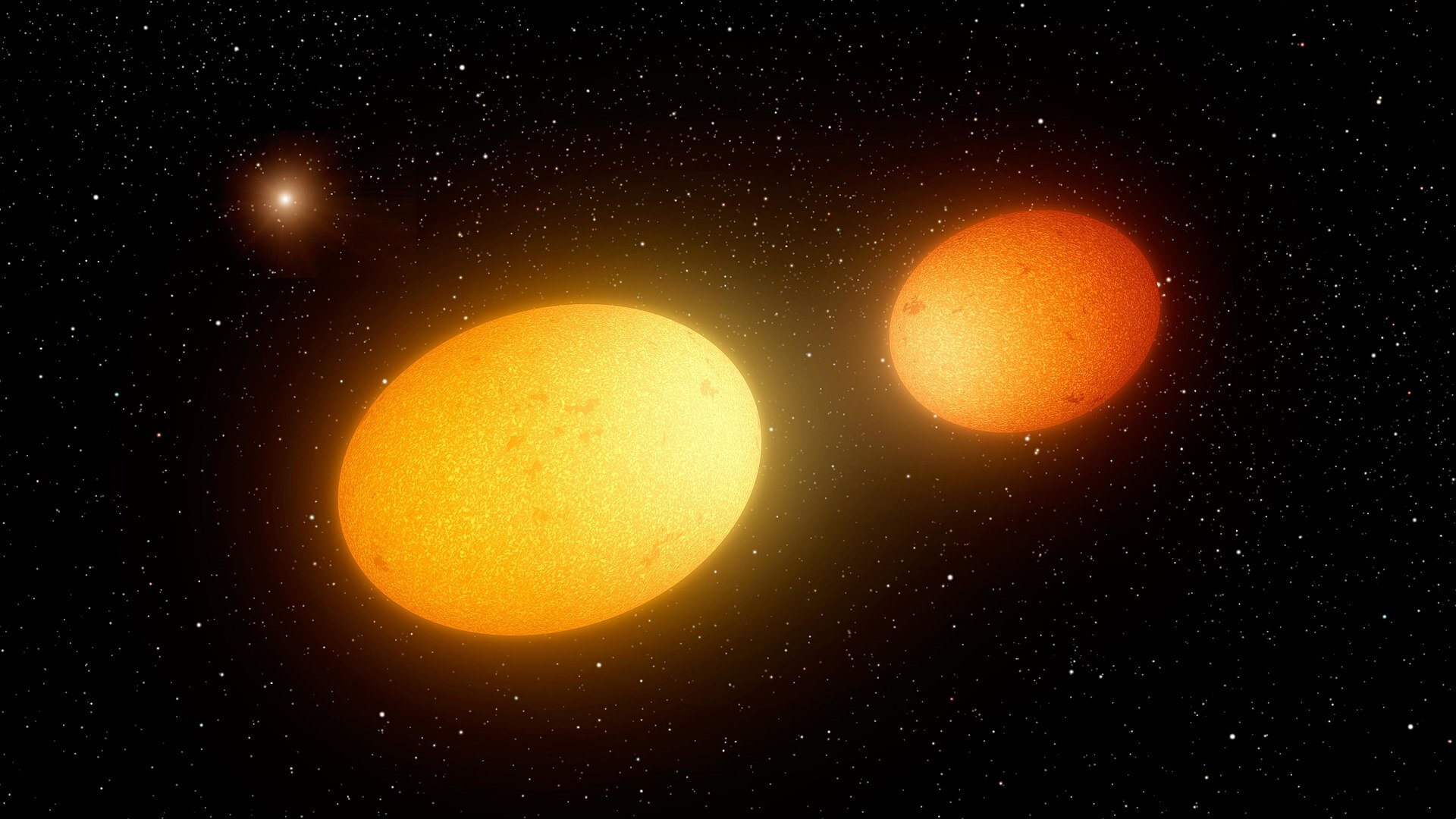 But the story does not end here! In eccentric binaries, it is also possible to observe "tidally-excited" oscillations (or TEOs). These TEOs occur when the natural oscillation modes of the primary star get “tidally excited“ due to the orbital motion of the secondary companion. In this context, my research seeks to understand the properties of tidally-induced pulsations (including TEOs) in short-period, eccentric systems. In particular, of the main goals of my work is to assess whether the oscillations of such systems could be induced and/or sustained due to the presence of their eccentric companion. More generally, my work hopes to shed light on the mechanisms that drive the oscillations of these eccentric binaries and the effect that tidal processes have in their formation and evolution.

Throughout my career, I have had the privilege to interact, work, and learn from renowned planetary scientists and brilliant individuals who have kindly offered me their advice, mentorship, and support. These unforgettable encounters have motivated me to pursue my dreams and have instilled in me the importance of giving back to society.

One of my preferred ways of engaging with my communities is through outreach activities. I am particularly interested in using astronomy as a tool to inspire and motivate young students to pursue scientific careers, particularly girls and other under-represented groups in academia. Over the past years, I have collaborated with high schools, museums, private organizations, and media outlets with the goal of sharing my passion for space and talk about the importance of science in our daily lives.

Below you will find a summary of some of my most recent outreach activities. Many of them are based on my experiences in the Mars Desert Research Station as the Co-Commander and Astrophysicist of the LATAM III Crew. For more information on the latter, please visit the "Mars" section of this website. 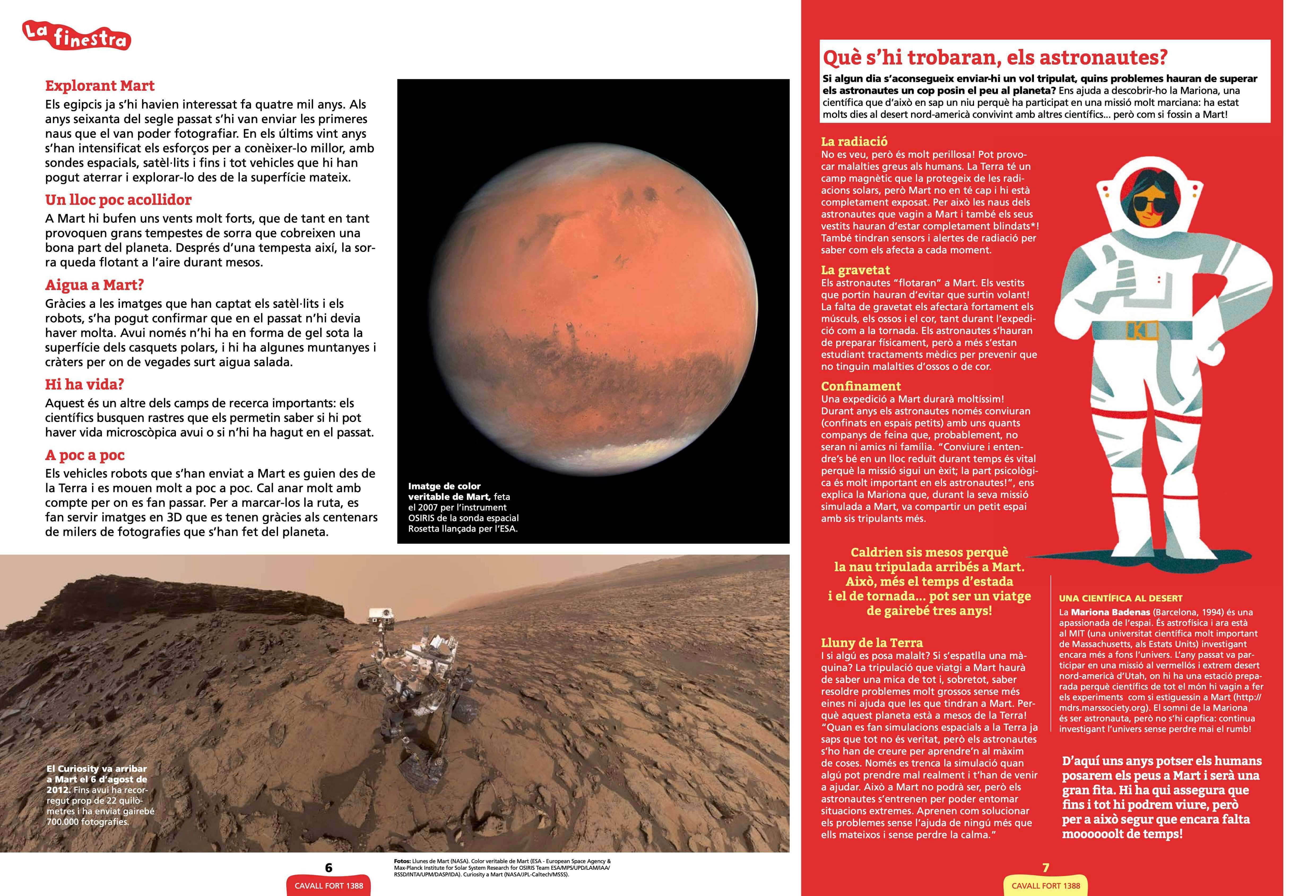 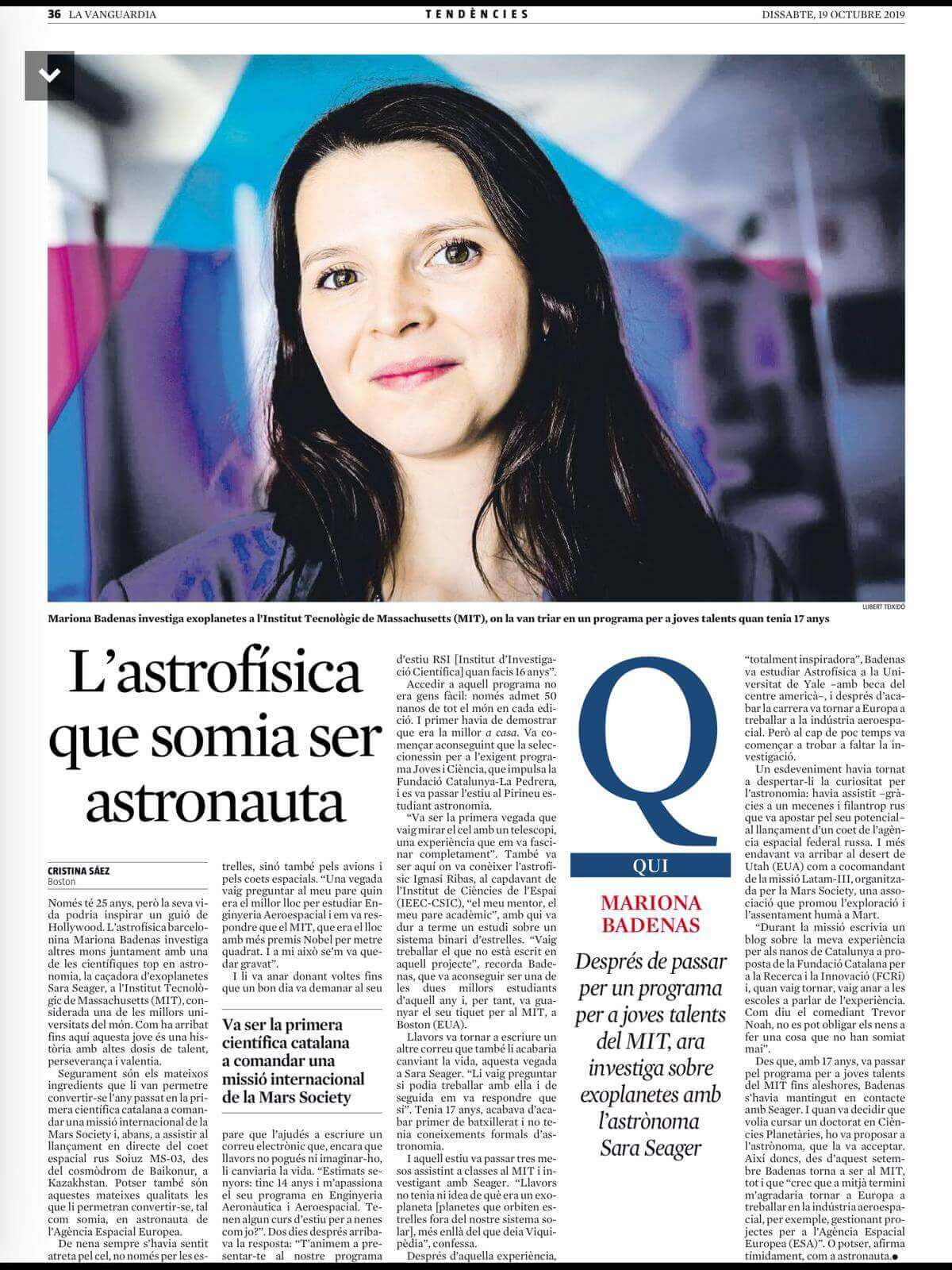 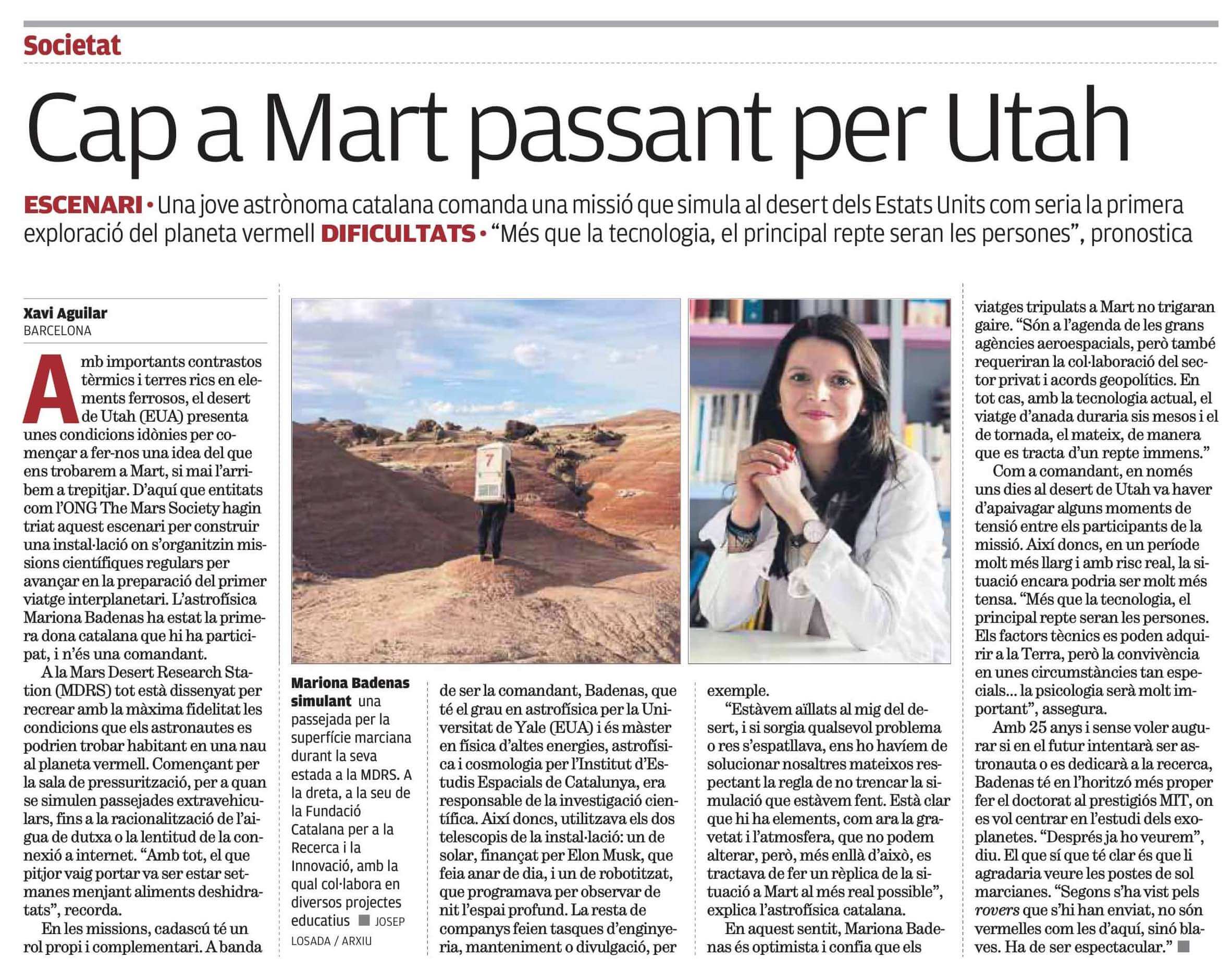 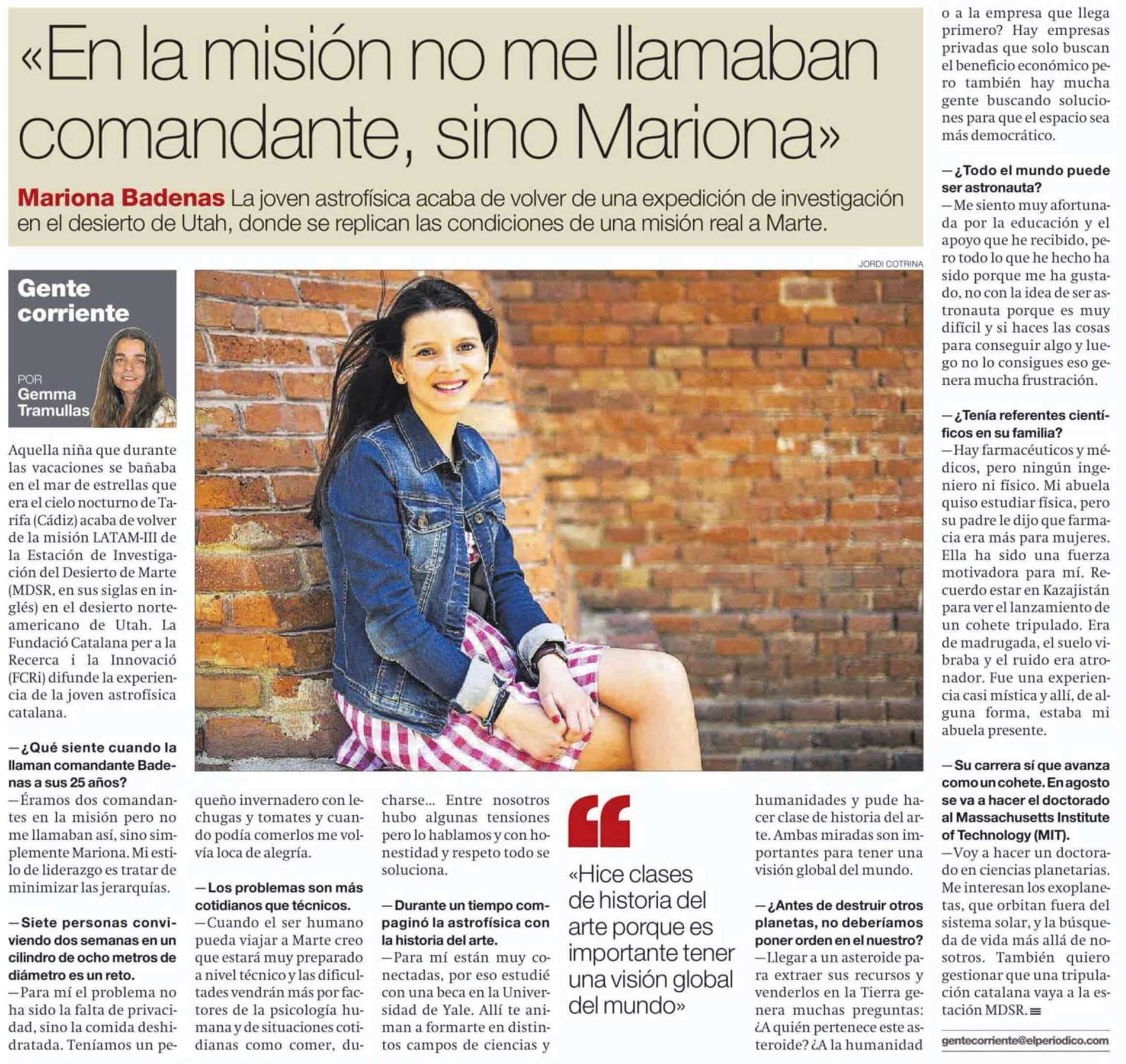 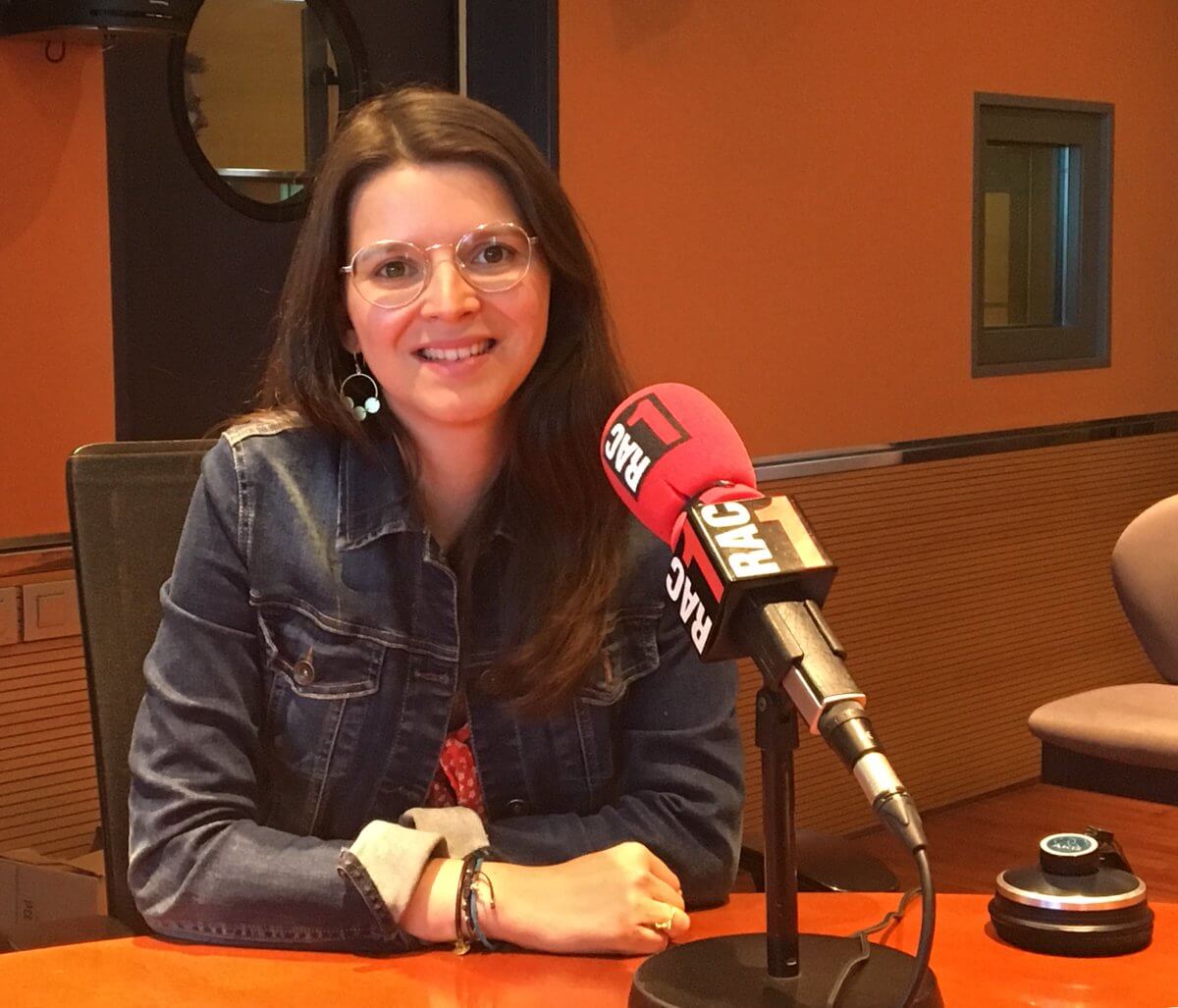 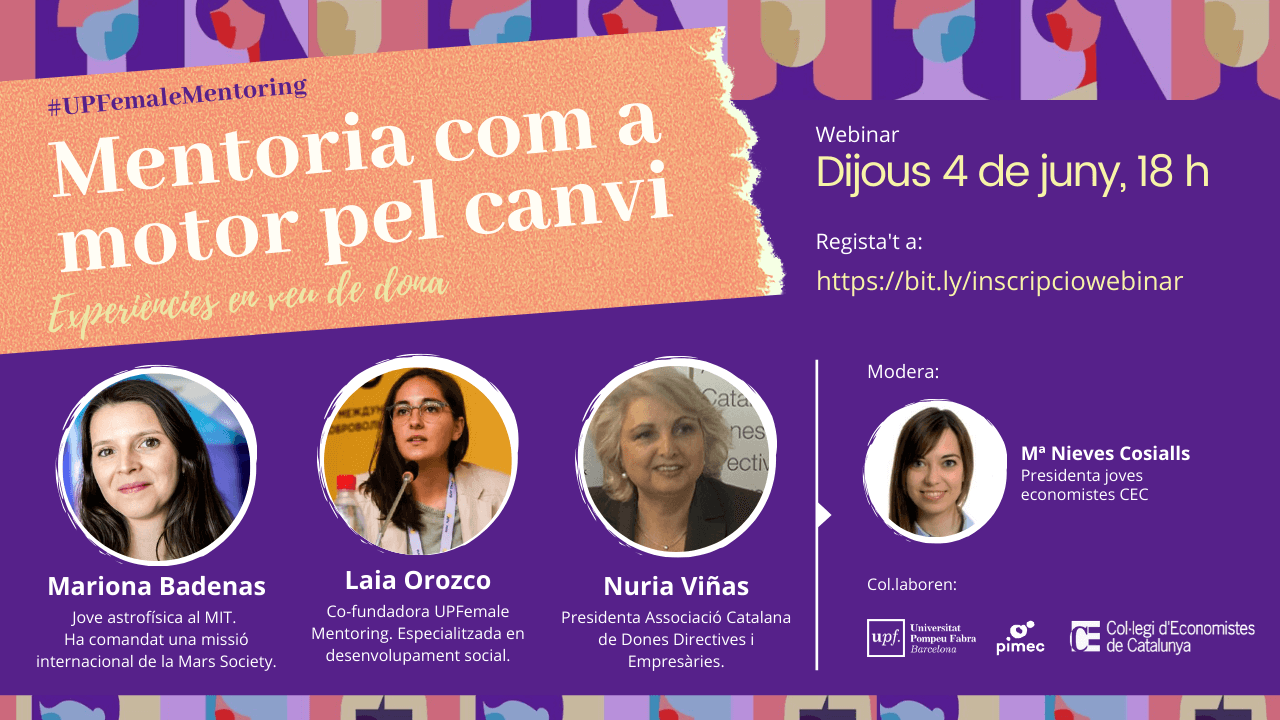 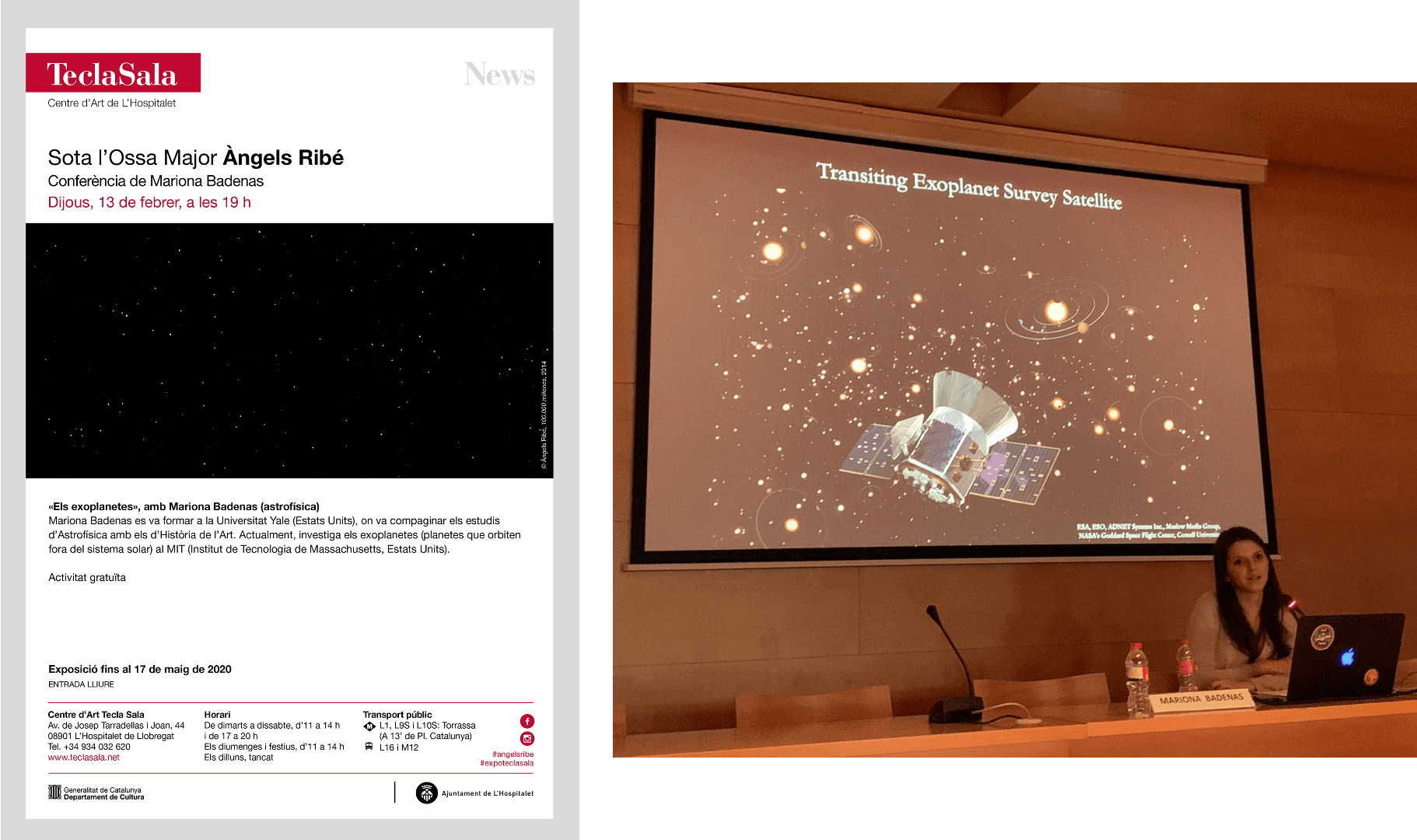 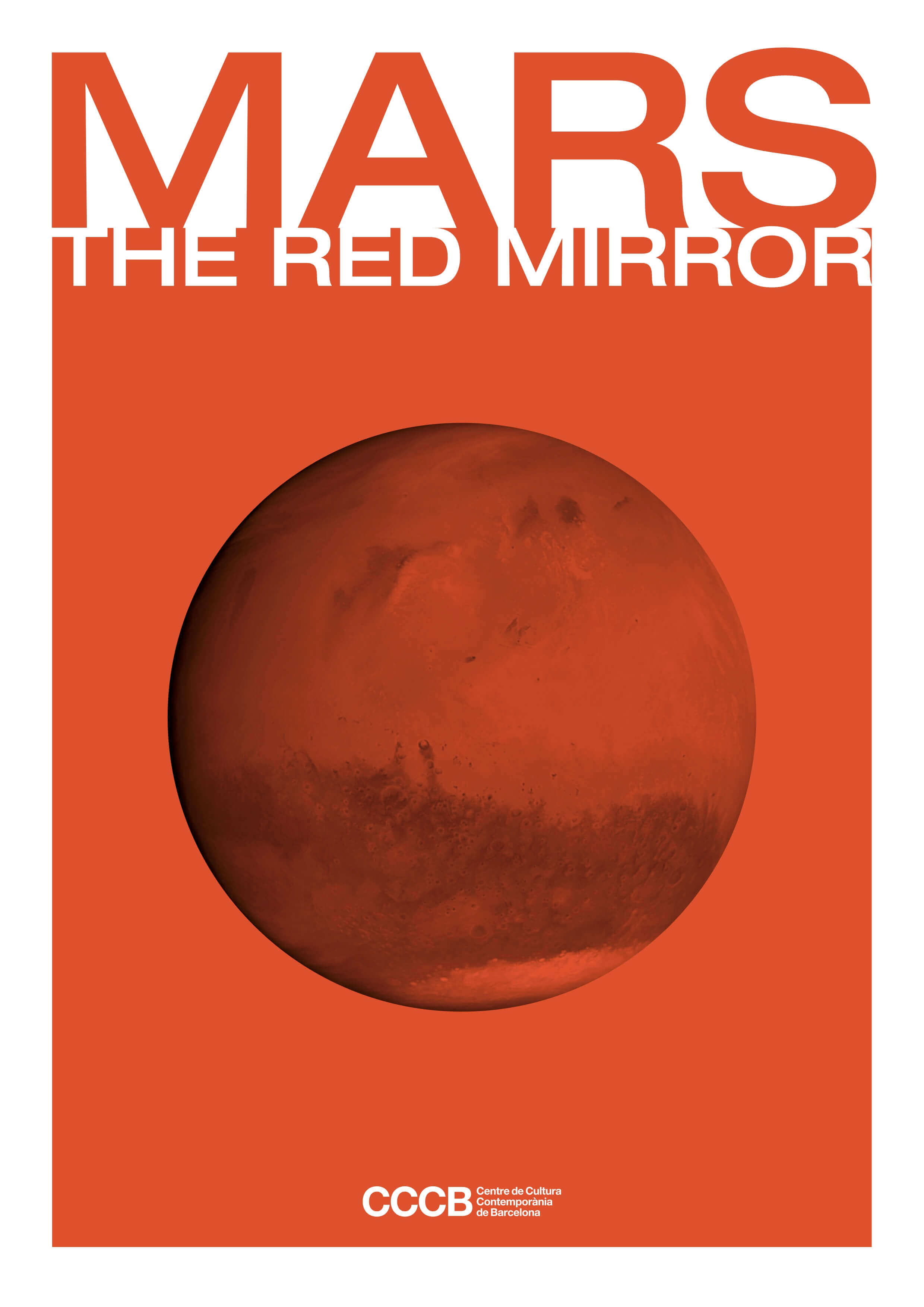 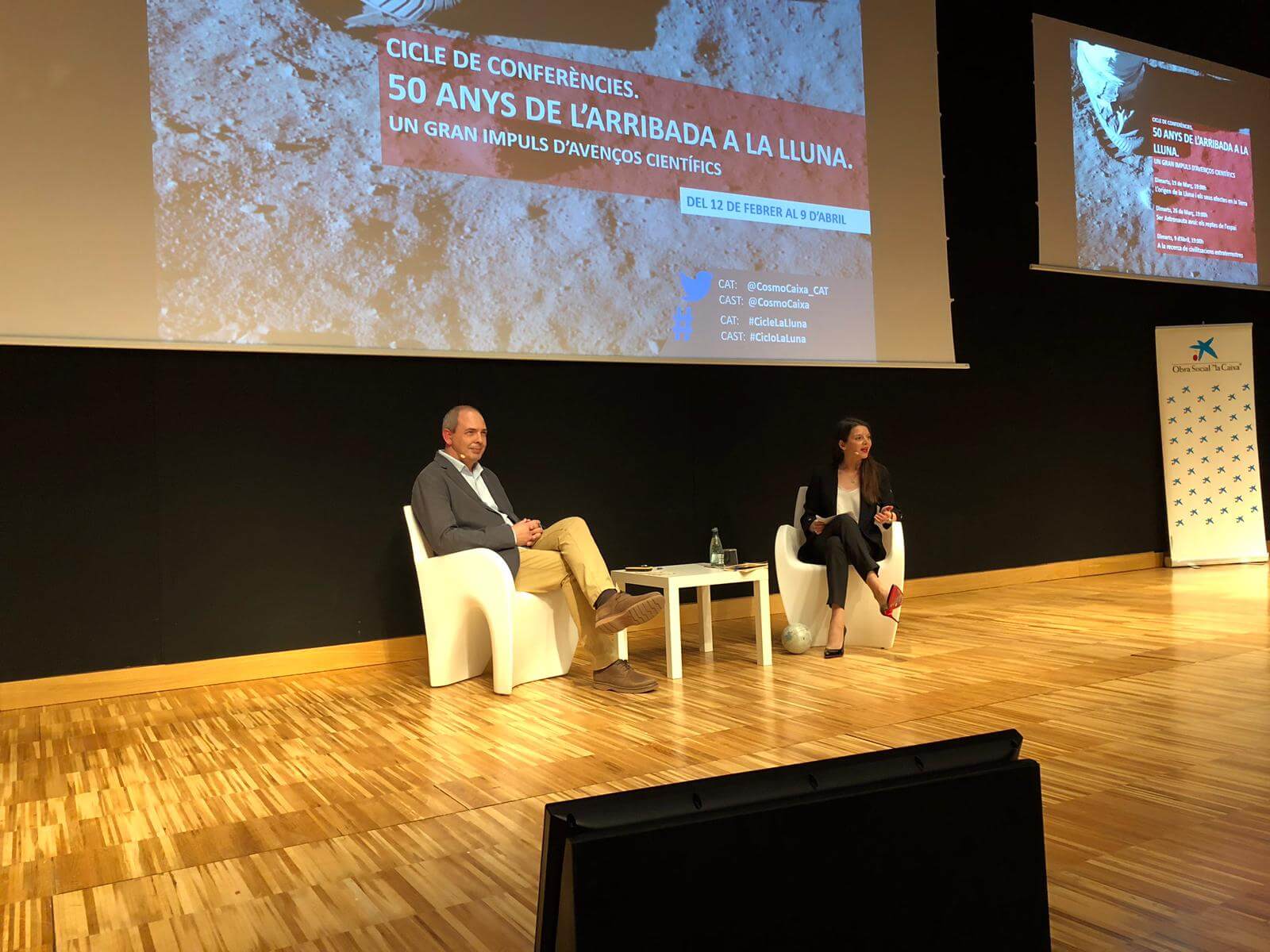 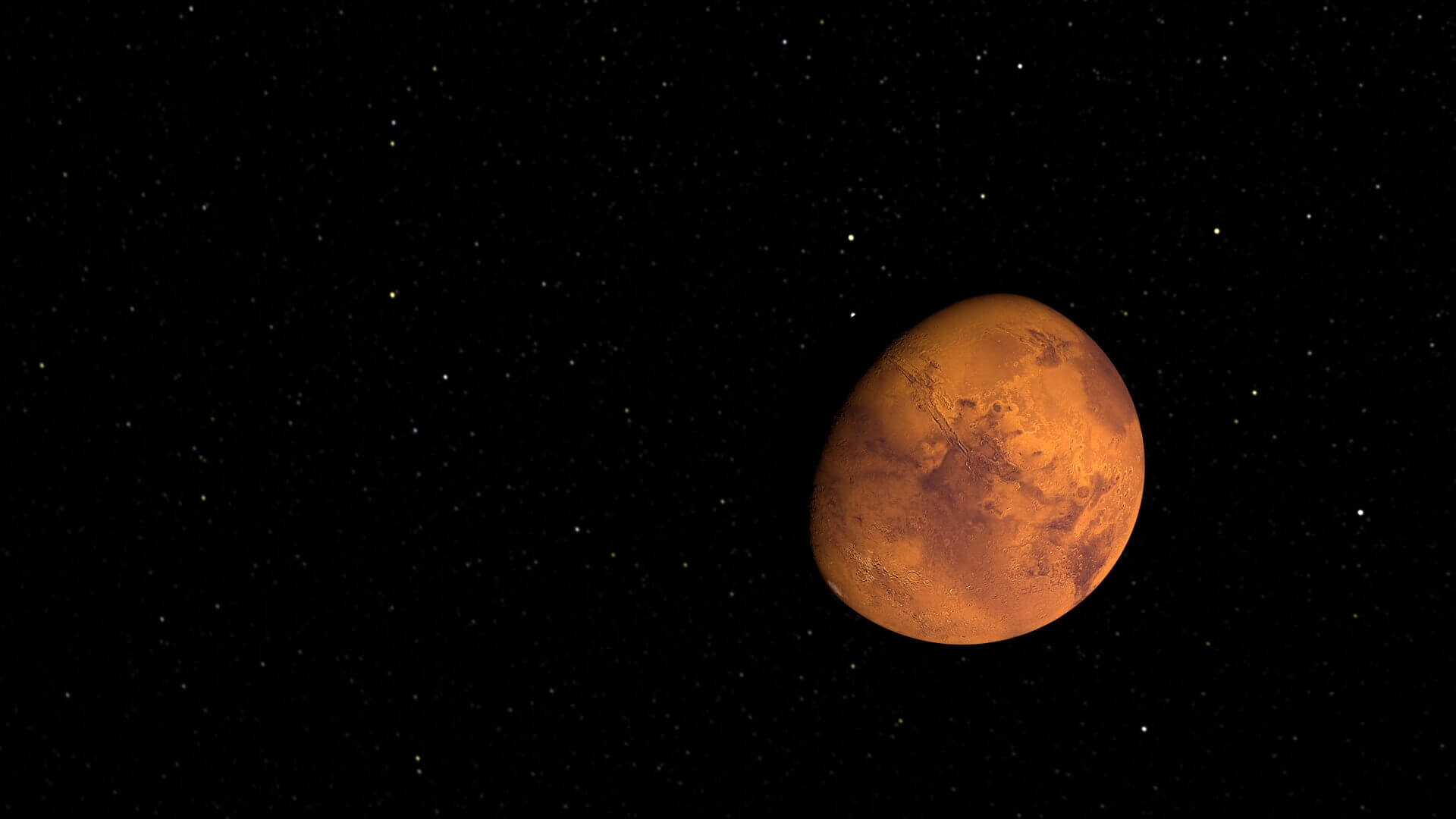 I have always been fascinated by space travel and the possibility that humanity becomes an interplanetary species one day. To contribute to these goals, I have collaborated with the Mars Desert Research Station (MDRS), an international, non-profit organization operated by the Mars Society and dedicated to promoting space exploration and research on Mars.

In May 2018, I had the opportunity to spend two weeks at the MDRS as the Co-Commander and Astrophysicist of the LATAM III expedition. Our crew was composed of seven analog astronauts from six different countries (Spain, Italy, the United Kingdom, Colombia, Mexico, and Peru). Each of the crew members had a unique academic profile, ranging from biology, medicine and astrophysics to engineering and journalism.

As the Co-Commander of LATAM III, I helped to coordinate the logistics of the mission, identify protocols and contingency plans that could be implemented in the event of any unforeseen circumstances during the simulation, and organize activities to strengthen the crew's team spirit. As the Astrophysicist of the group, I used the two MDRS observatories to study the chromosphere of the Sun (e.g. filaments, granulations, spots), observe star clusters to determine their age and distance from Earth, detect minor heavenly bodies (e.g. meteorites), and perform astrophotography of deep-sky objects (e.g. galaxies, supernova remains, and emission and reflection nebulae). 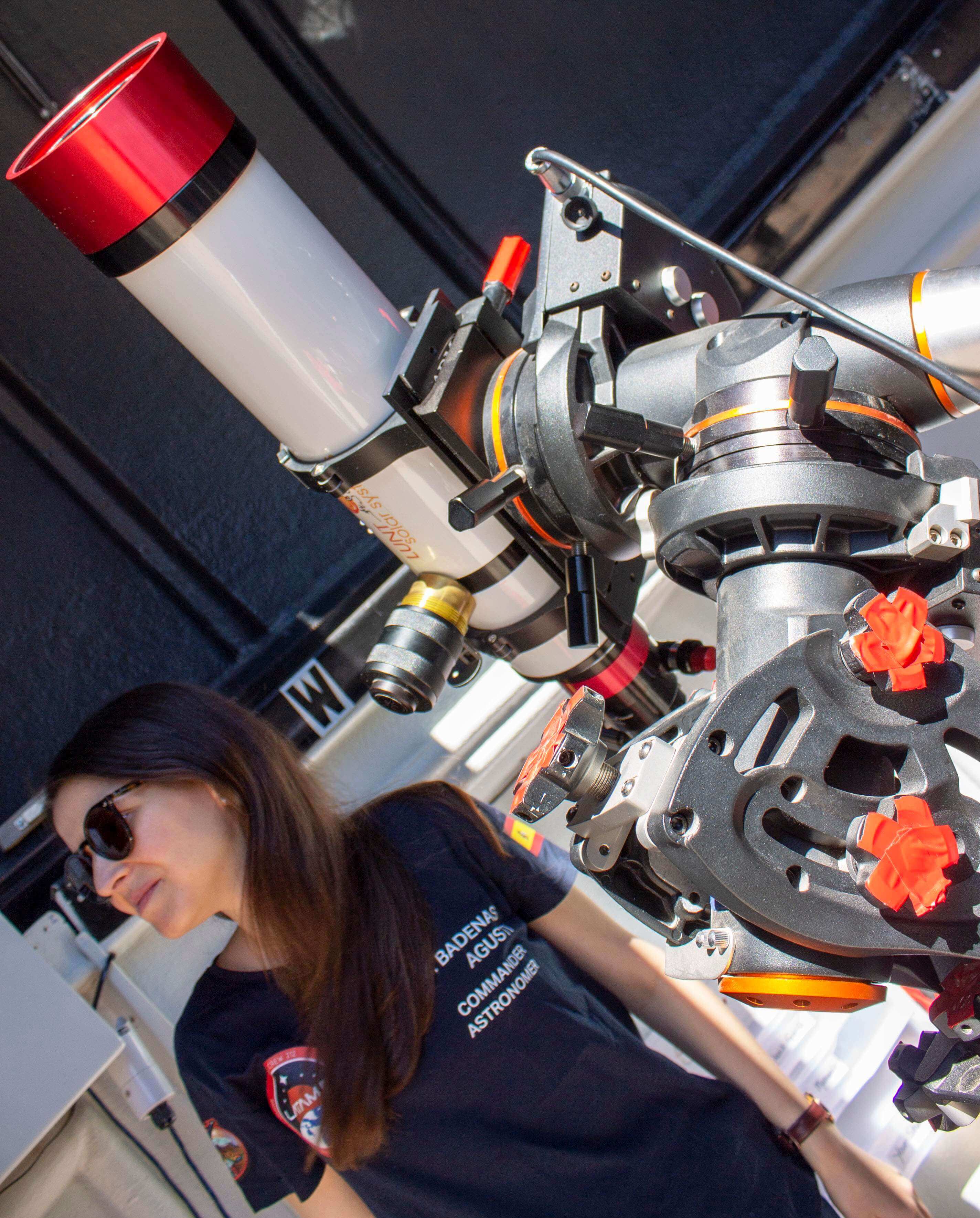 Observing the Sun with the Musk Telescope.

I also had the chance to participate in numerous Extra-Vehicular Activities (EVA) to explore the terrain around the MDRS and help my colleagues perform their biological and engineering experiments. 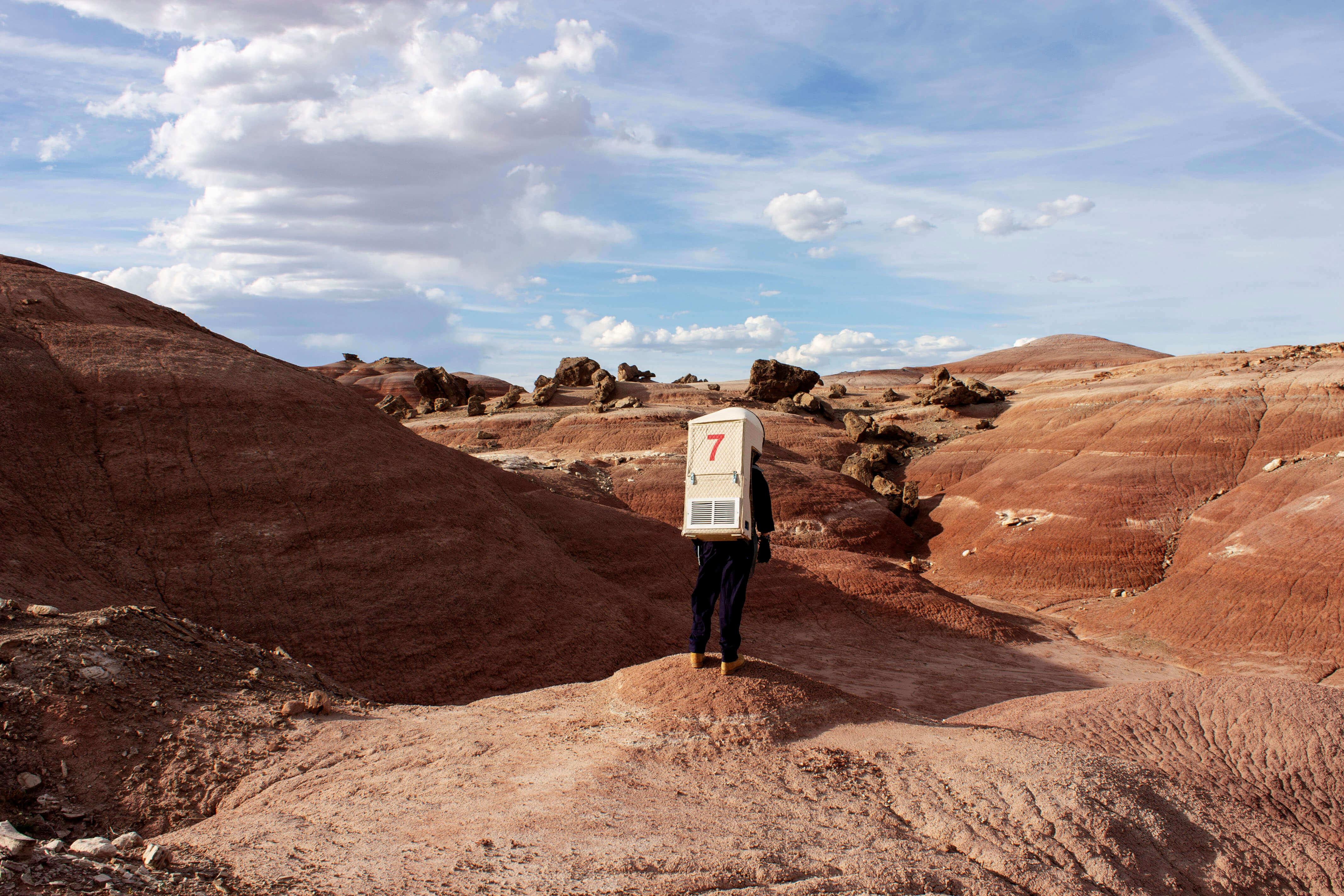 One of my EVAs at the MDRS.

You can find my CV here.

In the field of planetary sciences, I have authored and contributed to 3 peer-reviewed publications, 1 as a first author and 4 as a co-author. 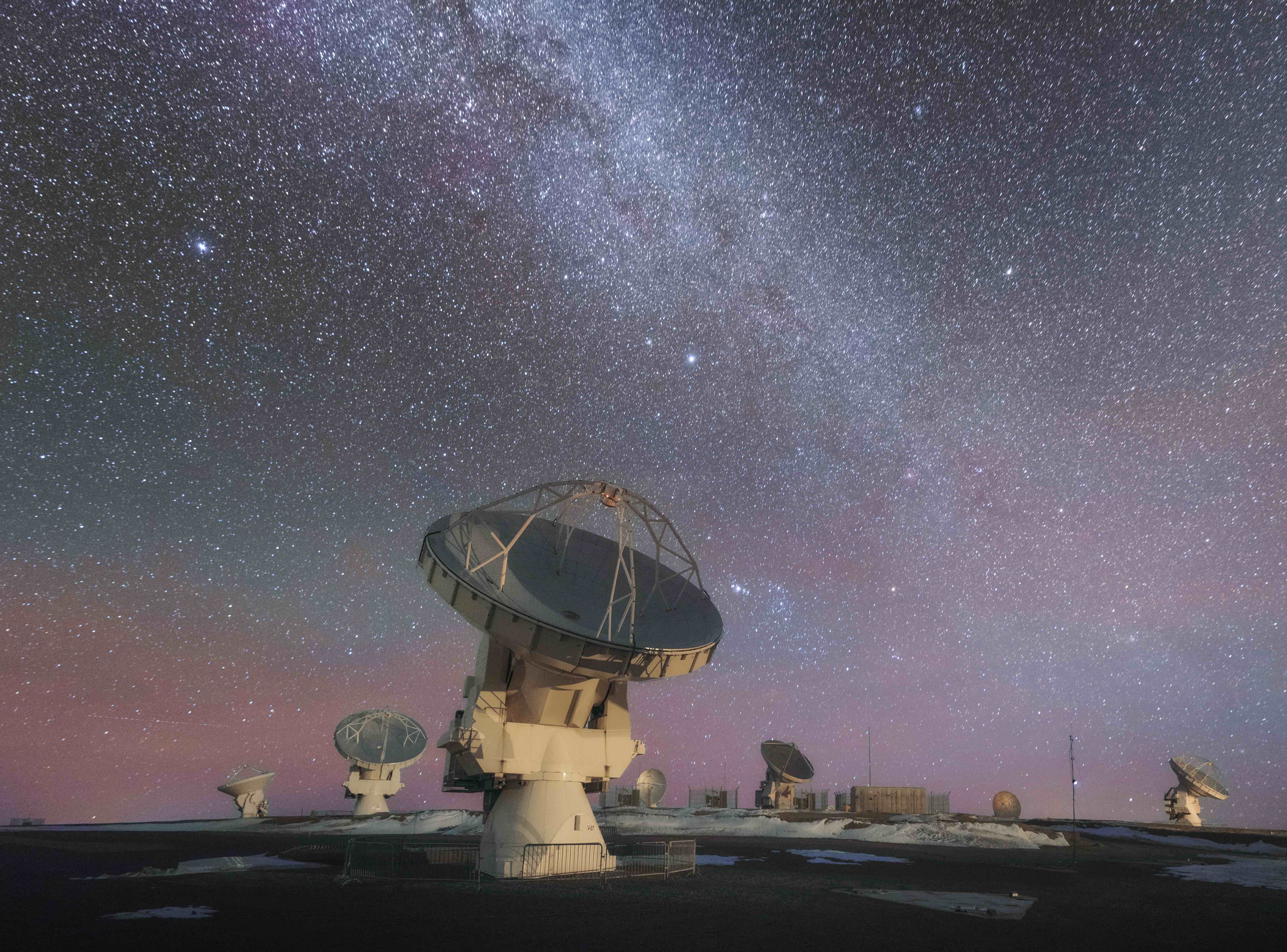 Please do not hesitate to get in touch if you have any comments or feedback on my work, or would like to collaborate in scientific projects or outreach activities. I look forward to hearing from you!